My motivation for searching out ways to reverse disease is deeply personal.  When I was in the 8th grade my father had a massive myocardial infarction (heart attack) that led to anoxic brain injury, leaving him in a persistent vegetative state.  His diabetes was a major reason that his heart attack was so devastating–it’s possible that he may have survived his heart attack, or not had it at all if he didn’t have diabetes.

Our current medical standard of care is not focused on prevention or reversal of disease, but rather managing symptoms using expensive and potentially dangerous  medications.  I experienced this firsthand in medical school when I sought out a cardiologist to get recommendations on what I could do to reduce my risk of having a heart attack.  He recommended to me that I take an aspirin and a statin (a cholesterol lowering drug) for the rest of my life.

It bothered me deeply that my specialist was recommending that I start taking medications to lower my risk in my 20’s, even though I was fit, felt well and had a normal exam.  Aside from the obvious recommendation of not smoking, there was no mention of how I could modify my diet or lifestyle to prevent getting heart disease.  Later I came to realize that this was not because there was no evidence for this — it was because of a medical system that is mired in self interest and scientific inertia.

Specialists, including cardiologists, make money by doing procedures and seeing a high volume of patients.  They don’t make money by spending lots of time counseling patients on diet, nutrition and stress.  This would take more time to do and would result in seeing fewer patients per day.  Also, it would mean doing fewer procedures.  It’s not surprising then that mainstream cardiology would have a bias towards technologically advanced treatments that have a higher reimbursement, over lesser expensive, time consuming treatments that focus on prevention and disease reversal.  Take for example the well-documented overuse of drug eluting stents by interventional cardiologists (see MedPage Today’s interview with interventional cardiologist Dr. Robert Yeh, MD here).

Across the board in western medicine we have medical inertia, where our practice of medicine is based on what is studied and published in the journals today.  And what is being published in peer-reviewed journals is heavily influenced by the biotech and pharmaceutical industries and the drive to profit.  Pharmaceutical companies heavily influence what is published in our peer-reviewed medical journals, to the degree that as physicians, we can no longer rely on these journals to offer us unbiased, sound medical information.  Harvard Medical School’s Dr. Marcia Angell is the author of The Truth About the Drug Companies: How They Deceive Us and What to Do About It, published in 2004.  She is also the former Editor-in-Chief at the New England Journal of Medicine, one of the most respected medical journals in western medicine.  In her book she writes,

“It is simply no longer possible to believe much of the clinical research that is published, or to rely on the judgment of trusted physicians or authoritative medical guidelines. I take no pleasure in this conclusion, which I reached slowly and reluctantly over my two decades as an editor of The New England Journal of Medicine.”

Exacerbating the bias we find in our medical literature is a trend that Jeffrey Mervis highlights in the March 2017 issue of Science,

“For the first time in the post–World War II era, the federal government no longer funds a majority of the basic research carried out in the United States. Data from ongoing surveys by the National Science Foundation (NSF) show that federal agencies provided only 44% of the $86 billion spent on basic research in 2015. The federal share, which topped 70% throughout the 1960s and ’70s, stood at 61% as recently as 2004 before falling below 50% in 2013.”

For those that believe the pharmaceutical industry has our best interests at heart, please see this list of the largest 20 settlements reached between the United States Department of Justice and various pharmaceutical companies from 1991 to 2012.  The total is over $20 billion USD and includes criminal and civil penalties.

Knowing the nature of the pharmaceutical industry, I resented that my Family Medicine training was pushing me to prescribe medicines to people with chronic medical conditions when, intuitively, I knew that better, safer and cheaper options were available.  Common sense things like dietary changes, exercise, and stress reduction.  These options were not part of the system though–not part of my residency training and not part of the insurance system.

It was not until I completed my residency program that I was able to pursue the intuitive feeling that there are natural and wholesome ways to approach the treatment of chronic disease that do not necessitate the use of prescription medications.   This drive led me to becoming a diplomate of the American Board of Integrative and Holistic Medicine, now the Academy of Integrative and Holistic Medicine (AIHM), and certification with the Center for Mind-Body Medicine (CMBM).  My journey has continued through learning from authors like Norman Doidge who are writing about neuroplasticity and how the brain can heal itself, and Dale Bredesen who describes a program to prevent and reverse Alzheimer’s disease.

Even before my father had his heart attack in 1992, there were exceptional people who were actively researching and publishing work on the prevention and reversal of heart disease.  Dean Ornish and Caldwell Essenstyn are two prominent examples.  Ornish is a cardiologist who has published work on reversing heart disease since the 1980’s and got Medicare to approve his program after 17 years of research proved that his program works and saves taxpayers money (a link to his program is here).  Caldwell Esselstyn also has a program for preventing and reversing heart disease (link here).  If we had known about these pioneering doctors at the time my father might still be around.

Now, as an Integrative and Holistic Family Physician it is a cornerstone of my practice to find and apply non-conventional treatments to chronic medical conditions.  From using Low Level Light Therapy (LLLT) to help wounds and musculoskeletal injuries heal faster, to prescribing yoga postures and self-awareness practices to help those with depression, anxiety, and other chronic medical conditions, I do not limit options to the narrowness of my western medical training.  The common theme in my approach is that I find those treatments that enhance the body’s innate ability to heal.

Recently, I was presented with a new paradigm for treating diabetic and pre-diabetic patients.  At the Diabetes Relief clinic in Houston, Texas, I learned how to administer physiologic insulin treatments for pre, Type-I and Type-II diabetics.  Thrilling is an understatement for what I witnessed there.  From reversing kidney disease and neuropathy, to improved eyesight, patients were eager to share their amazing stories of recovery.   I had never seen anything in my medical training during residency, or afterwards, that had worked so well for treating diabetes.

The irony was that the treatments made so much more sense than the conventional treatment protocols that I had learned in my residency training.  The Diabetes Relief treatments aimed at the root cause of diabetes—the broken metabolism.  It’s not just about lowering blood sugar.  The sugar has to get into the cells, and the cells have to have the necessary vitamins, minerals, and co-factors to turn the sugar into energy.  This is where what someone eats makes all the difference.  And in the case where a person is not changing their diet anytime soon, the insulin treatments along with supplements can help make the person produce energy more efficiently … to the degree that the person actually feels better.  How can a person make lifestyle changes if they are stuck and the treatments don’t make them feel better?  This is the case with the conventional medical approach.

The Diabetes Relief physiologic insulin treatments are designed to closely mimic and restore the natural communication between the pancreas and the liver that has become distorted.  I offer them to patients because those who get the treatments experience increased energy, better sleep, diminished diabetic neuropathy, decreased dependence on medications, and an improved hemoglobin A1c.  They get their life back.

Joshua Guzman was one such patient who I met in Houston during my training.  Here a video of his personal experience using the Diabetes Relief approach: 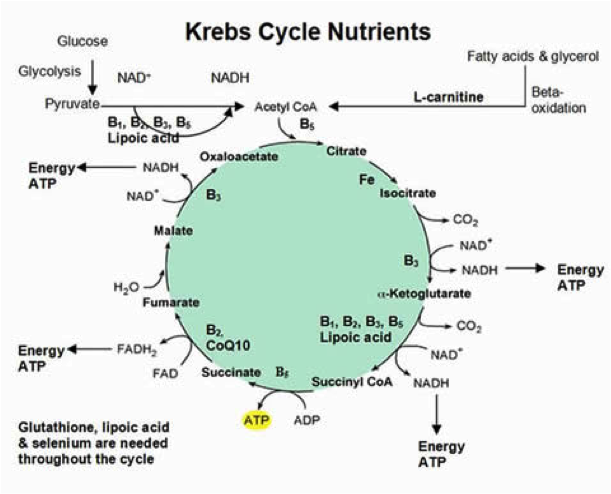 Treatments are individualized based on symptoms, metabolism, and medical history.  As a typical example for a Type II diabetic, a plan would include infusions of small amounts of insulin that are alternated with small ingestions of glucose.  These infusions retrain the liver to respond efficiently to the challenge of a meal.  Simultaneously, certain foods and/or supplements would be recommended to help improve the ability to use sugar within the cells.  As  examples, magnesium, chromium, vitamin C, alpha lipoic acid (ALA), and co-enzyme Q10 (CoQ-10) are some of the minerals and enzymatic co-factors that are heavily utilized in the transformation of sugar (glucose) into energy or adenosine triphosphate (ATP).

Ultimately, I want my patients to get these vital nutrients through improved nutrition which comes from eating unprocessed whole foods.  This means significant lifestyle and dietary changes.  But these changes take time and require energy–things that most diabetic patients are short on.  Physiologic insulin treatments paired with targeted nutritional and hormonal supplementation is a very effective way to get diabetics recovering from their disease process, such that there is newfound energy that can be used for exercise, dietary changes, and other meaningful lifestyle improvements like implementing stress reduction practices.

Once again, this is personal for me because my father developed Type II diabetes when he was in his 30’s and I am motivated to avoid the same fate for myself.  I am constantly working to improve my wellness, reading and digesting new information that I incorporate into my practice of integrative and holistic medicine.  Based on what I have witnessed with physiologic insulin treatments at the Diabetes Relief clinic in Houston, I am now offering it to my patients at Whole Health Austin.  We no longer have to imagine living without diabetes, it can be a reality.

, runs Whole Health Austin, which is an Integrative and Holistic Family Medicine Practice in the Mueller Neighborhood of Austin, TX.  He now offers Diabetes Relief physiologic insulin treatments as a part of a comprehensive approach to treating and reversing the metabolic disorder in diabetic patients.